Like many, I quickly tire of hunching over a laptop so when I’m at home it’s much better to plug into a keyboard and mouse and get comfortable. The natural progression from there is a bigger display and somewhere to put the laptop that’s a bit easier to look at. I needed a laptop stand.

Laptop stands are easy to come by, and cheap, but I have loads of bits and pieces sitting around in my workshop gathering dust so I thought I’d have a crack at making something. I started with some pieces of wood and string and tied myself a nice tripod, but the angle needed meant a low and wide tripod which took up a lot of room and I couldn’t get it quite right, even if the square lash I used was beautiful. 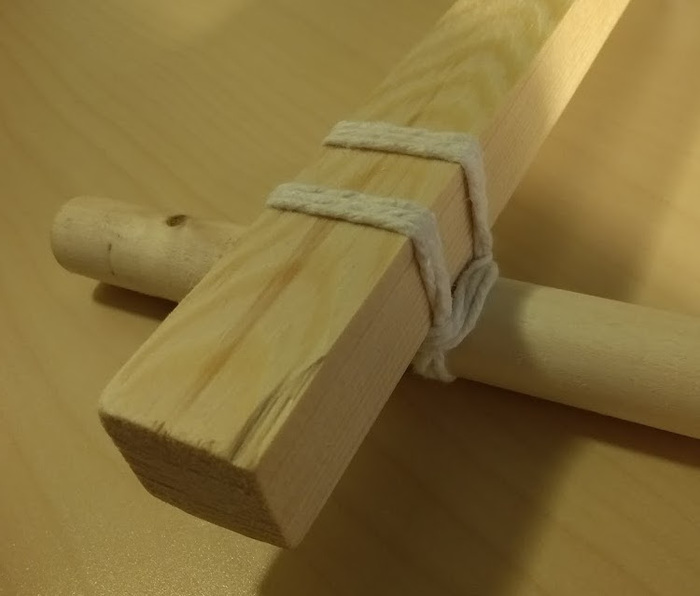 I eventually decided on a simpler system. Two pieces of wood, cut to a comfortable angle, which slot together, with some sort of retaining system to keep the laptop secure. Seems simple enough.

I had enough MDF left over from another build but decided to create a scale model in cardboard to test that this idea was actually going to work. It’s shown here with a UK fifty pence for scale. 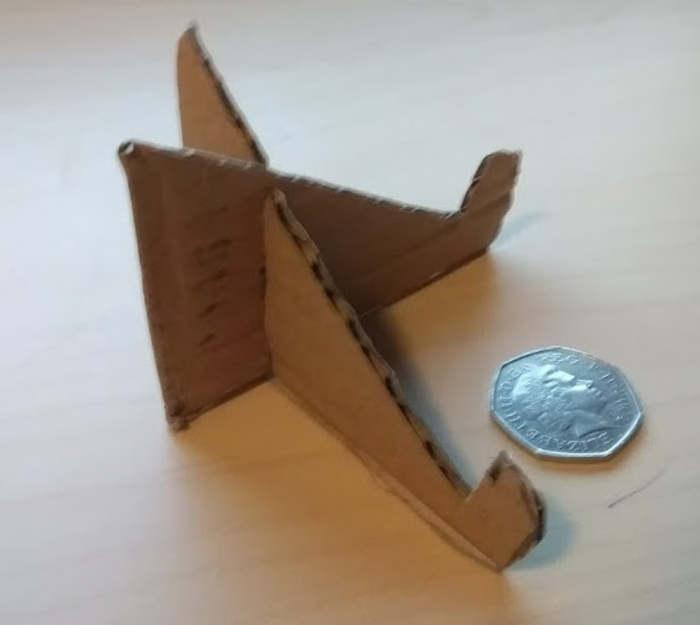 It worked, and I still use it for my phone, so it was time to create a bigger one to make sure it would work at full scale. Again I didn’t want to waste the wood I had so I made it in cardboard. 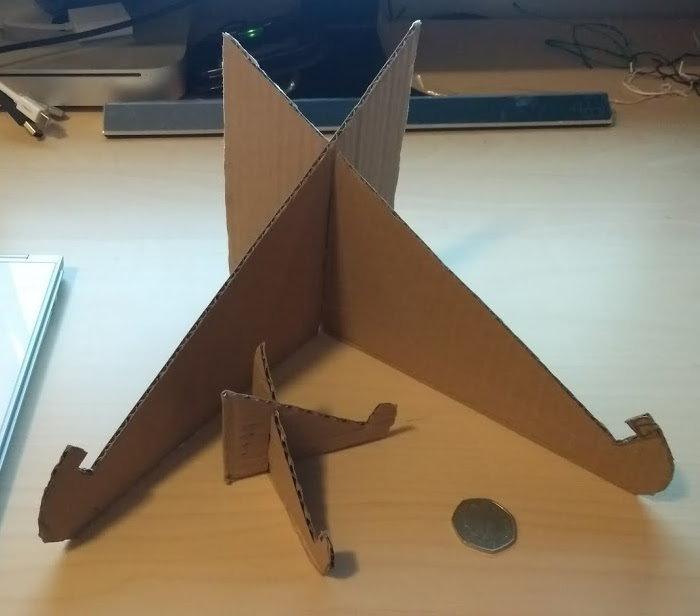 Following the success of the scale model, I wondered if I was done. Would the cardboard mock up be strong enough to hold the laptop? Well, it turns out, yes, it’s easily strong enough for the laptop but with a little knock it wobbles disconcertingly, so I carried on with the original plan, using this mock up as a template for the real thing.

After much drawing, sawing, filing and sanding I successfully recreated the cardboard template in MDF and added the groove to connect the two parts. 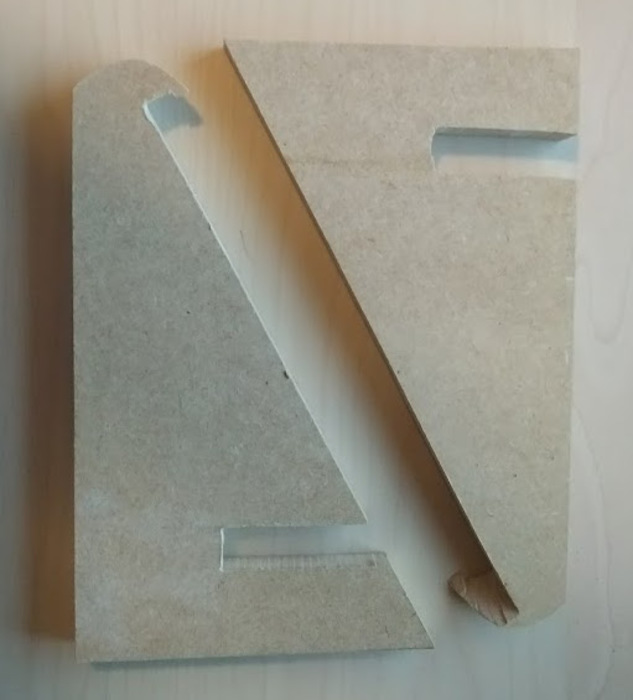 I quickly discovered that the retaining hooks I added were at the wrong angle. While I had cut them at forty five degrees so they would hold the laptop straight on, I had not accounted for the tilt. In this close up of the inside of the hook, you can see the additional groove I filed into the hook. This little notch is at the angle the laptop actually sits in the hook.

With both parts slotted together the stand is complete. It even looks nice on my desk. 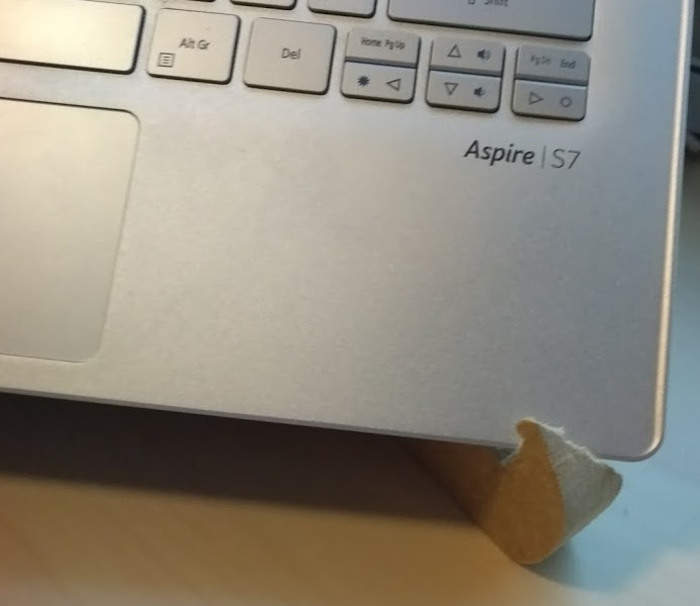 The hooked corner is exactly the depth of an open MacBook Pro with a millimeter or so overlap, keeping the laptop safe and secure when it’s in place. 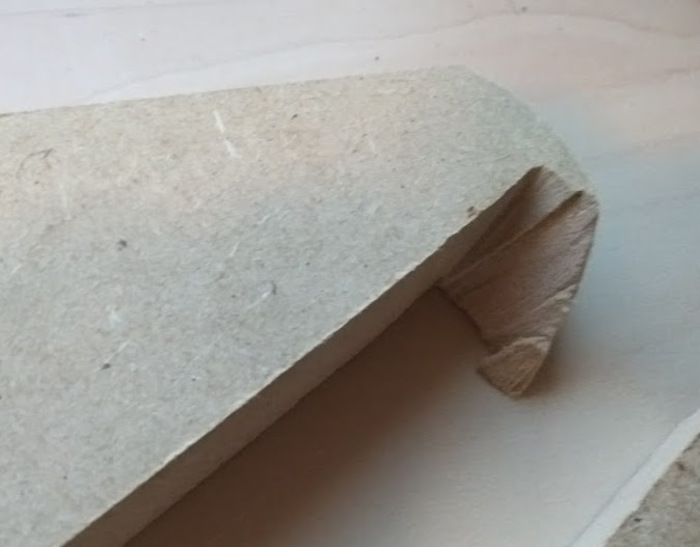 The connecting groove was cut quite near the back of the stand to make it as close to a tripod as I was comfortable with without compromising the strength of the wood. Tripods are inherently stable so this helps keep things from wobbling about. 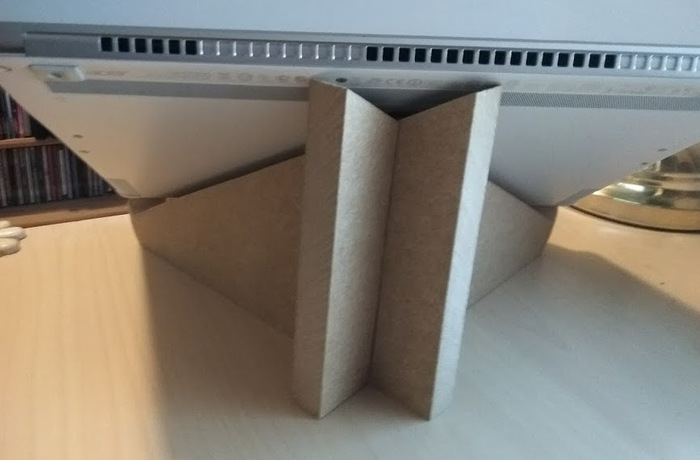 From a lower angle you can see that the pieces were sized to almost reach the corner of my 13.3” Asus Aspire S7. This has become a fairly standard size for laptop so it also fits my MacBook Pro just as perfectly. 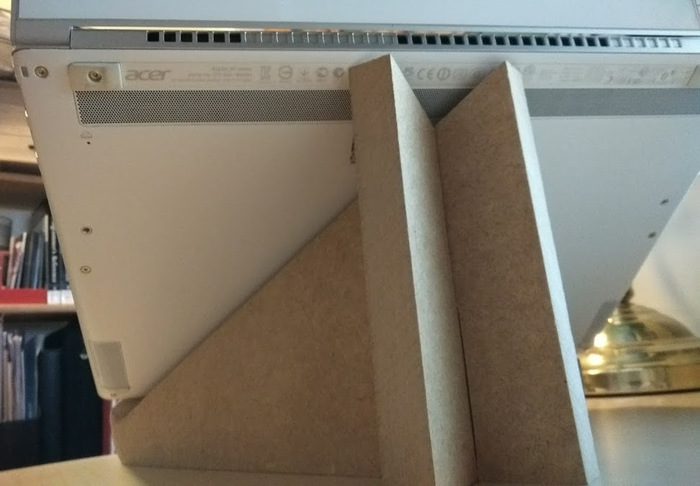 I’ve only been using it properly for about a week but I’m very happy with it. The keyboard is at just the angle where I can use it if I need to, while the display is elevated to a comfortable position alongside my other displays. In practice the laptop just acts as another display while I work with the full sized keyboard plugged into the USB hub on my desk.

Why bother spending money on some generic piece of plastic when you can create your own laptop stand from off-cuts of wood you might have lying around?