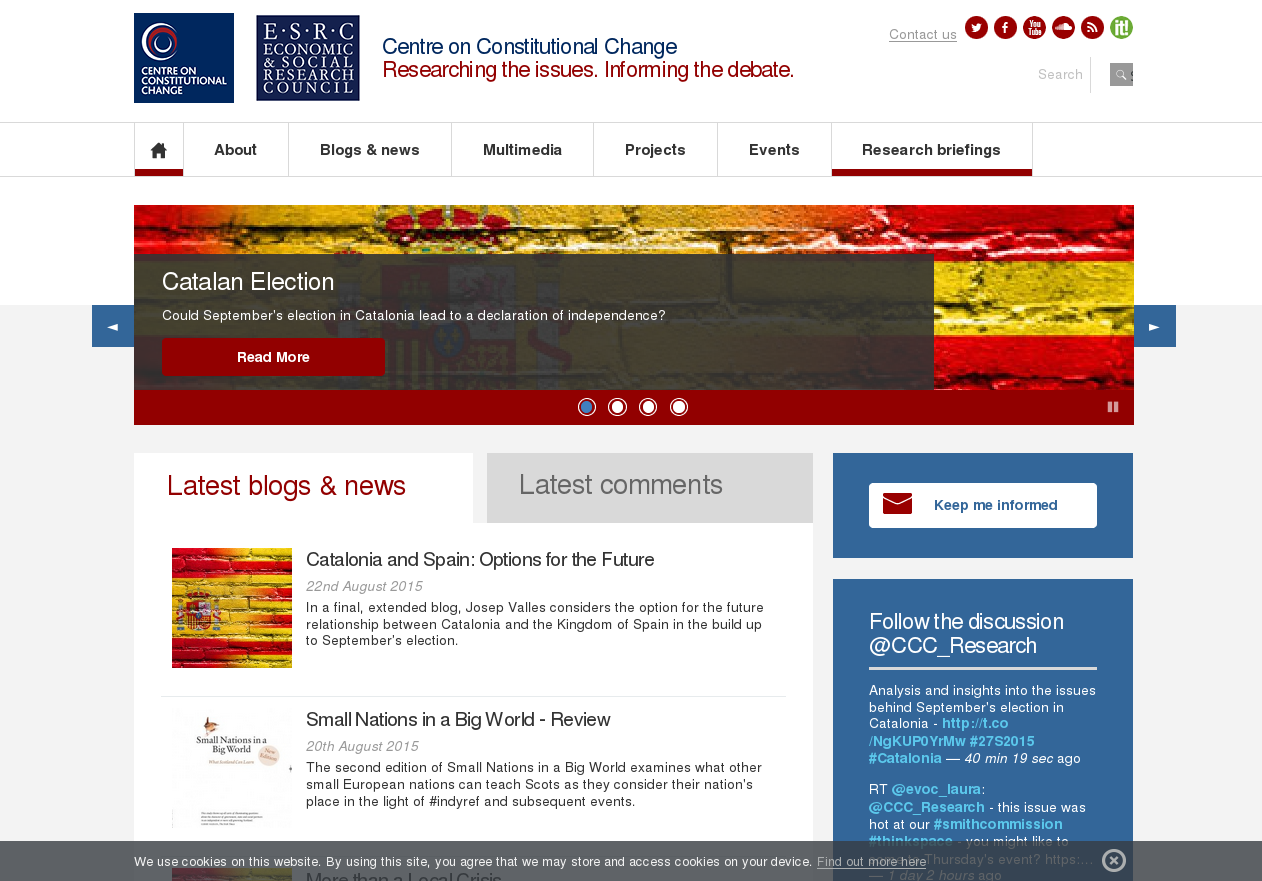 When The University of Edinburgh set up a working group to study the implications of the Scottish Referendum they needed a website to present their findings. The working group were going to create a lot of content so they required a CMS that was up to the task. Drupal was selected and I was approached by Hookson to help them deliver.

We started with an information architecture process and identified a number of key groupings of content. Our client was planning to produce regular blog posts and news reports about their studies and the referendum in general as well as specific research projects and more formal research briefings. They also wanted to produce a calendar of referendum events as well as having a place to promote the group and the people involved. Once we understood this structure the content types, main navigation and URL structure of the site came together easily.

Before I started building the custom theme for the site, Hookson supplied me with HTML mock ups of the various templates and I spotted a few elements that didn’t quite fit into the way Drupal would normally do things. In light of this I needed to collaborate with the designer to restructure the HTML around a consistent page template and the idea of regions and blocks.

Some custom coding was required to change the way breadcrumbs were generated, to add a switch to the system settings to hide comments from the homepage and to customise the use of certain style sheets. The rest of the customisation was accomplished using contributed modules. As an example, the use of a home icon in the main navigation was simply a case of adding a class to that menu item using Menu Attributes and adding the appropriate CSS.

All in all, this site successfully published a lot of content, just when it was relevant to Scotland, and the UK in general. Since then the group, and the site, have been renamed to “The Centre on Constitutional Change” and continue the work we facilitated. The relative ease of putting this together, and the lack of substantial custom code, is testament to the power of Drupal and the ecosystem of modules that has grown up around it.